So we said goodbye to summer a while back, and fall is fast fading away. In fact as I type, it’s a cool six degrees outside. Granted it’s also 11:37 PM. But it would be hard to deny that the winter cold is quickly creeping up on us and so I decided that I could no longer procrastinate writing this post (and the next two) because it’s all about the most fabulous season of all – fall. 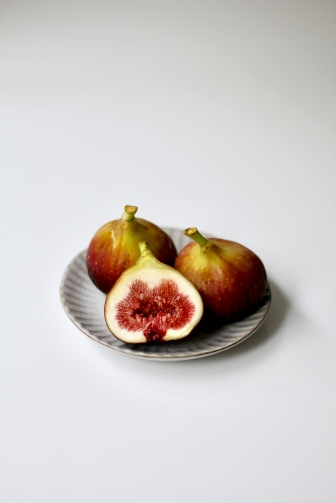 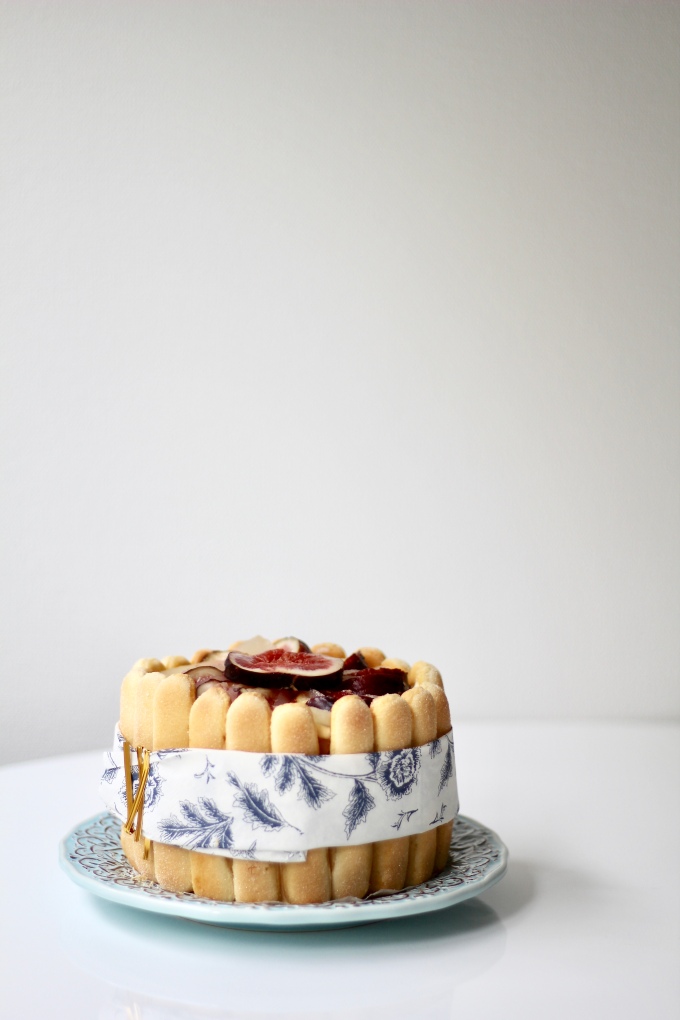 Perhaps it’s just me, but there is something about the crisp coolness in the autumn air that is almost imperceptibly but uniquely different from spring’s. Maybe it’s the relief from the scorching summer heat that makes the descending of degrees much more welcome – who knows, it might just be an illusion. But I think that fall is just more fun. Sweaters are exciting to put on and you don’t have to cover them up with coats, not to mention all the treats available this season – figs, chestnut, pumpkin…

I worked with fresh and dried figs for the first time this fall. I don’t know if I’ve managed to capture it, but the cross section of a whole fresh fig sliced in half is weirdly mesmerising.

For the cake, I referred to an old Pierre Hermé book that I’ve not used in a while, mainly because I’ve baked through most of the recipes in that book, but not yet this fig and pear charlotte. Essentially it consists of an airy custard cream containing pear purée, which is layered with diced poached pears and dried figs that have been soaked and plumped in syrup. This filling is enclosed by a ring of ladyfinger biscuits, which also forms the base and cover of the cake. And then there is the top layer of thinly sliced poached pears and fresh figs arranged alternately in concentric circles.

The pear custard cream stole the show here, although I was hoping for the figs to be the highlight. Personally figs taste better caramelised, as I discovered after sautéing some thickly sliced figs in a pan with brown sugar and butter – for a tart. (Indeed I’ve already baked thrice but blogged about none. Actually when this post is published at least I would have completed one.)

Alas I’m in the midst of an insanely hectic semester and the whole process from baking to blogging takes up more time than I can afford at the moment. Even if there are pockets of free time it’s hard to find the right words when I’m that mentally exhausted. It would be such a shame to let fall slip away without completing my fall bakelist though, I’m willing myself to upload the other two posts on backlog before they lapse into irrelevance. Which gives me about a bit more than a week. *deep breath*